“Thirty years ago, I became a member of Actor’s Equity. Gaining that Union card meant a lot to me. Now I could say that I was a professional actor. I was even paying dues. The drawback was that I lived in Atlanta and opportunities to act were pretty much restricted to the Alliance Theatre. They hired only a few locals, mostly actors from New York. Out of frustration, I met with four other actors who decided to unite and “change the culture.” We were tired of waiting for someone else to decide our fate. We wanted the power to determine our own future. We formed the nucleus of a Co-op movement. Our goal was to compete with the Alliance Theatre head-on, show for show and illustrate once and for all that Atlanta actors were every bit as good as New York actors, and to develop our own fan base in the city. A bit ambitious, but we were determined.  Three months later, our first play opened at Emory University to glowing reviews. Two years later, all five of the original members of the Co-op were working on the big stage at the Alliance. We witnessed the strength of unity and the benefits of artistic empowerment. The essence of the Screen Artists Co-op is providing artists an outlet to determine their own future and to chart our own course.” 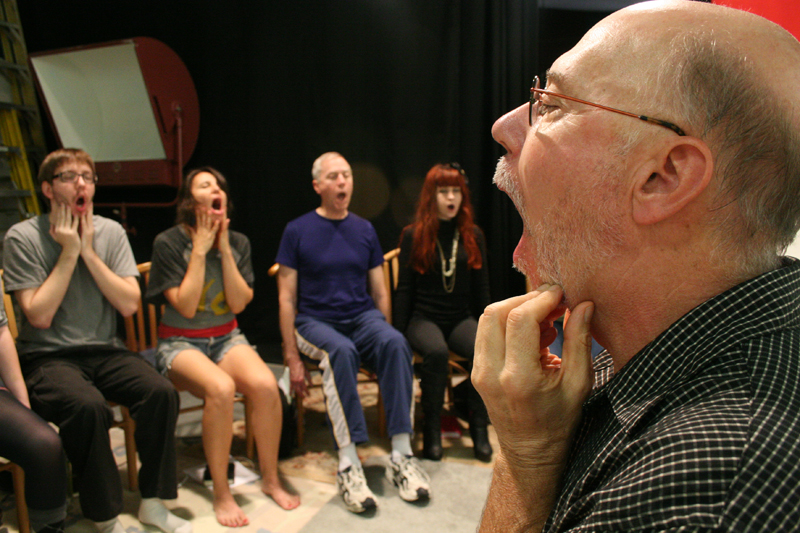 In order for the Screen Artists Co-op to be effective, each and every member must be a dedicated life learner in their chosen craft. We have purposely limited the number of artists that we are committing ourselves to mentoring. Quality not quantity is our mantra. We are dedicated to working together and sharing our knowledge to help each other reach a goal of excellence of expression.

Like a thick, nourishing stew, we mix all of the main players of a project together. We believe that kind of synergy will generate heat. Where there is heat, there is fire. As film artists, we broaden our point of view and extend our ability to move out of the box of our own creative limitations.  We all learn together, writers learning to act, actors learning how to light a scene. As an actor, if you know how to light, you’ll know how to find your light. One of the most diabolical traditions in Hollywood is the tight unionized control of roles on a film set. We encourage Screen Artists to become project controllers, not just role players.

Taking Charge of your Career

There seems to be an iron wall between a screen artist and work. There are too many actors, writers, crew persons, and too few jobs.  Added to that, none of the screen trade artists are encouraged to actively chart their own course. It is a profession where the middle man rules and we are encouraged to wait by the phone or just stay on the sidelines and wait.  The Co-op concept encourages actors to circumvent the status quo by working together to improve our skill sets, market our brand ourselves, and give each other support to batter down the wall.

Want to join the discussion?
Feel free to contribute!